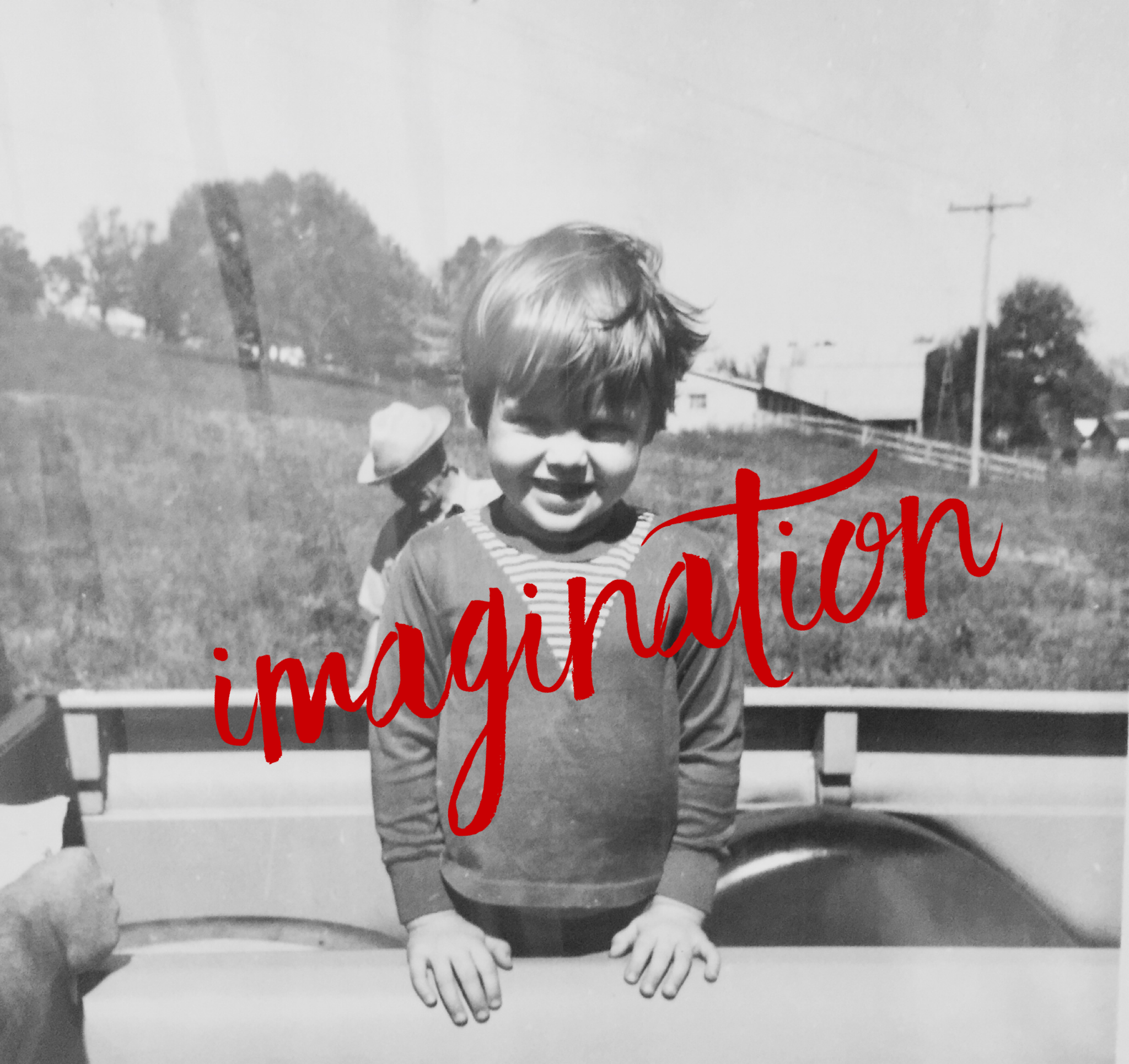 My growing up years were spent on a farm.  I was 2 when we moved onto 137 acres located on a dirt road in Arkansas.  And, I was 15 when we left it for town life.  Those 13 years on Rolling Hill Ranch defined me in a lot of ways including how it has influenced the way I have operated in my business career.  As I think about the abundance of vivid memories from those early days of my life, they sure seem to be linked quite tightly to the values I hold most dear.  This little series is about 3 of those values.

As an only child, I was often left to my own devices and being bored wasn’t an option.  I must say though I was never spoiled in the classic sense as there wasn’t enough money for that, but I was spoiled for choice of things to do on this far reaching and varied acreage.

Starting with the animals, who were rather unruly participants in my imaginary world. Often I was the teacher and they were my students.  The class included our dogs Lassie, Tippy and Keyna and tons of cats, up to 23 at one point, and featuring a rather oversized and totally adorable Siamese called Simon (the teacher’s pet, literally). Horses were usually just onlookers to the havoc I created. There stood my Mom’s two appaloosas called Princess and her son ‘Sonny’ and my Shetland pony ironically named Lightning, who was anything but speedy as he was foundered leaving his poor old hooves to curl up like elves shoes.

The small woods at the back of our house was a giant forest to me … filled with all sorts of adventures.  Sometimes it was the destination for class field trips when I could get at least a couple of the dogs or cats to follow me.  It was a magical forest one day … and a major city the next when I transformed the trees into skyscrapers.

There was an old abandoned log cabin that sat on the back 20 acres. We didn’t know much about its history, so I decided it was Daniel Boone’s house. One day we discovered a large hole had been dug out along the side of the cabin, these trespassers must have been pirates coming back for their buried treasure.

The grand red barn which sat as the centrepiece of our farm was like the set of a movie or TV show like Hee Haw or Little House on the Prairie.  It had a classic hip roof and hayloft with stalls for cattle and a wide-open floor, suitable for square dancing (as if that ever happened, but it did in my mind!).  Once it turned into the set of a horror movie, when I walked into the barn only to be surprised by an old mean rooster who spread his wings and came running at me like a velociraptor. I rushed to get back through the door from which I’d entered and slammed it shut smack dab in the face of this screeching winged predator. Of course, my wicked-minded Grandpa, who just stood by watching my near-death experience, thought it was hilarious. I was relieved by my narrow escape, but never quite bold enough to re-enter this lovely red barn until that mean old bird was long gone.

The hills all over the farm were the setting for my winter Olympics. Back then, we had serious snow falls. My sled was a large meat box which had a thick wax-coating ideal for getting up some serious speed, especially on paths I had carved out the day before and left to ice up overnight. Talk about slick!

An old shed was the headquarters of my Frito Lay Club called the Munchers.  We had 3 members, me (of course) and 2 girls that lived on the farm next to ours.  I guess the animals didn’t meet the membership qualifications.

Sometimes my imagination went a bit too far and thank goodness an adult was on hand to intervene and save me from doing something particularly stupid and potentially fatal … like the time I thought using a knife to shove popcorn kernels into a plug socket was a clever idea, or when trying to grab a low-hanging power line with a metal pole seemed an obvious thing to do, or thinking a tractor could substitute for a horse pulling my sled in the snow (which was ok when we were going uphill, but not so bright on the downhill – how I managed to keep from sledding underneath the tractor is beyond me).

Fortunately, I survived all the dangerous places my imagination took me during my childhood. An imaginative spirit has served me well in my chosen profession and probably explains why I chose to call my business ‘Art’ (instead of science) in marketing. I’m glad my old childlike imagination still surfaces again from time to time … especially around Halloween and Christmas when the more conservative Brits around me think I’m totally nuts. But that’s ok, that’s just me.

Next up … Value number 2 – Resourcefulness.