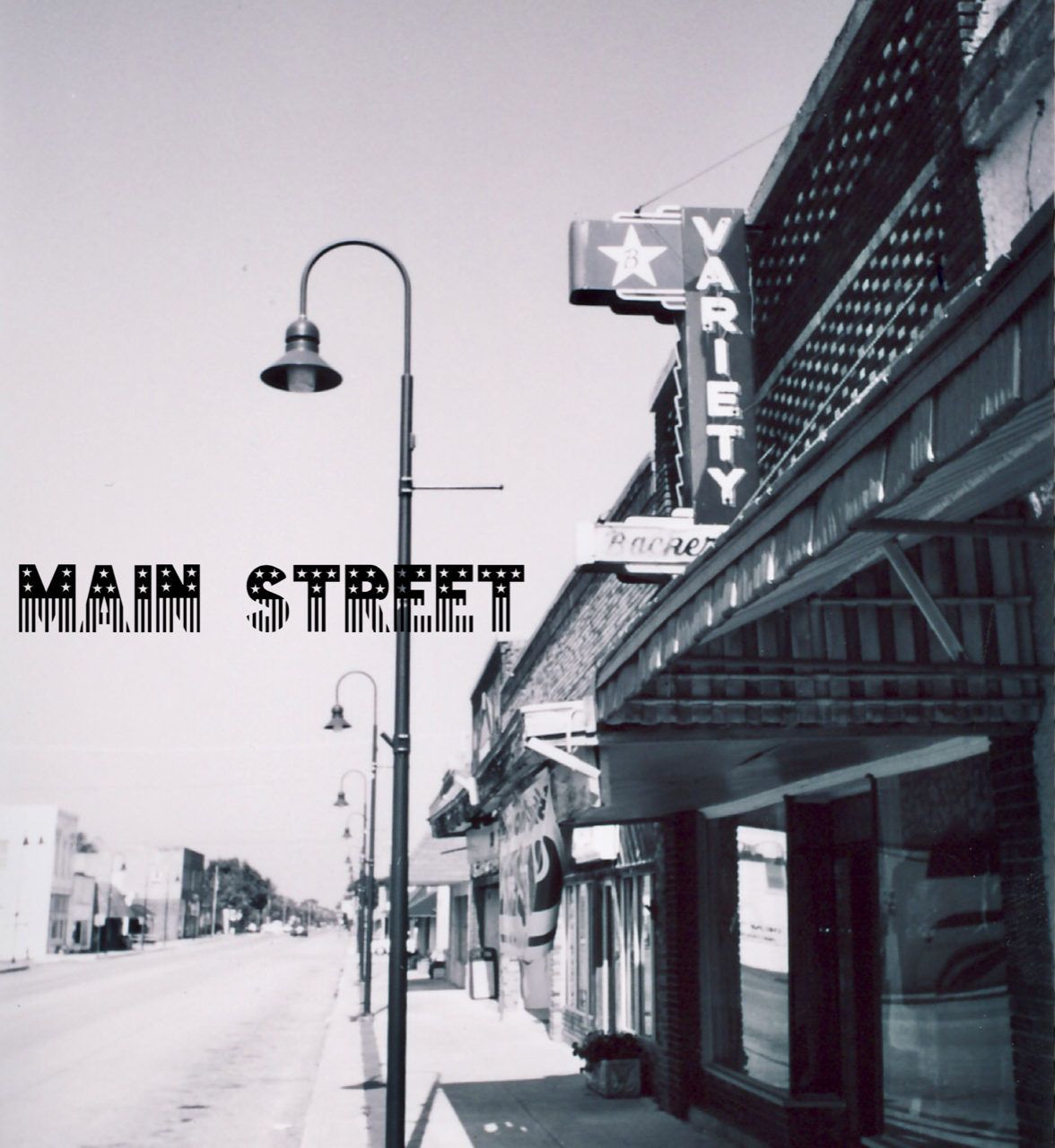 I had the good fortune of growing up in a quintessentially small town of America called Gentry, Arkansas.  It wasn’t a perfect place by any stretch of the imagination, but one particular aspect of it which holds rather perfectly in my mind was its Main Street.

In the 1970s, this Main Street was so much more than the primary shopping street.  It was the heartbeat of the town and the magnet that drew us all together.

It was the place where …

It was (and still is) the stage for annual homecoming and Christmas parades.

It was also home to the church which played host to vacation bible school and many weddings.

And it was home to our summer ball park where we learned to be a championship softball team. This same ball park was the venue for the most spectacular 4thof July festivities, donkey ball games and mother-daughter softball matches (where one year we only narrowly managed to beat our mothers, how embarrassing that was).  In the fall, this park transformed into the high school’s football field.  We bundled up during the chilly evenings and cheered our hearts out. The town glowed from the stadium lights and the sound of our marching band could be heard from miles away.

This Main Street had everything you needed by day… and it came alive for us kids by night.

It ran from the city park on the west side to the railroad tracks on the east with handy spots for turning around so we could keep driving from one end to the other, taking full advantage of our newly acquired driving licenses, hand-me-down cars and 60 cents per gallon gas prices.

Fast Eddy’s (despite the suspicious name) was the local drive-in that served as our meeting point. It was conveniently located next door to the gymnasium (which for some reason was nowhere near the school).  This gym was where we played basketball and volleyball. It’s where we performed Christmas pageants and band concerts.  It’s where we danced.

And then there was the one night of the year when something particularly unusual came over us and our poor Main Street became the scene of a horror movie. Every October 31stall stores in town and the surrounding areas would be depleted of eggs and shaving cream.  This was the essential armament of a good Halloween battle. We teamed up and we creamed each other literally.  The scar on the palm of my hand was acquired from diving off the steps of the gym and landing on a piece of broken glass in a lame attempt to dodge the enemy.  No one dared drive their beloved car down the street that night for fear that egg debris would ruin the paint job. Someone (not me of course) would locate abandoned outhouses and dump them on the street alongside bales of hay which were splattered and scattered all over. It was total carnage.

Fortunately, for the sake of the little town’s law enforcement (one guy), it was only for one night … the other evenings throughout the year were a bit tamer.

This Main Street was more than a common road in a common town. It was our hub.

We gathered.  We cruised. We talked.  We laughed. We connived.

Everyone knew each other.  Everyone called you by your name.

We didn’t need mobile phones, we knew we could find each other on Main Street. It was our search engine. It was our map. It was our communication device.

It was more than face time.  It was face-to-face time.

It’s the setting where my most treasured teenage memories take place. It’s my perfect Main Street.