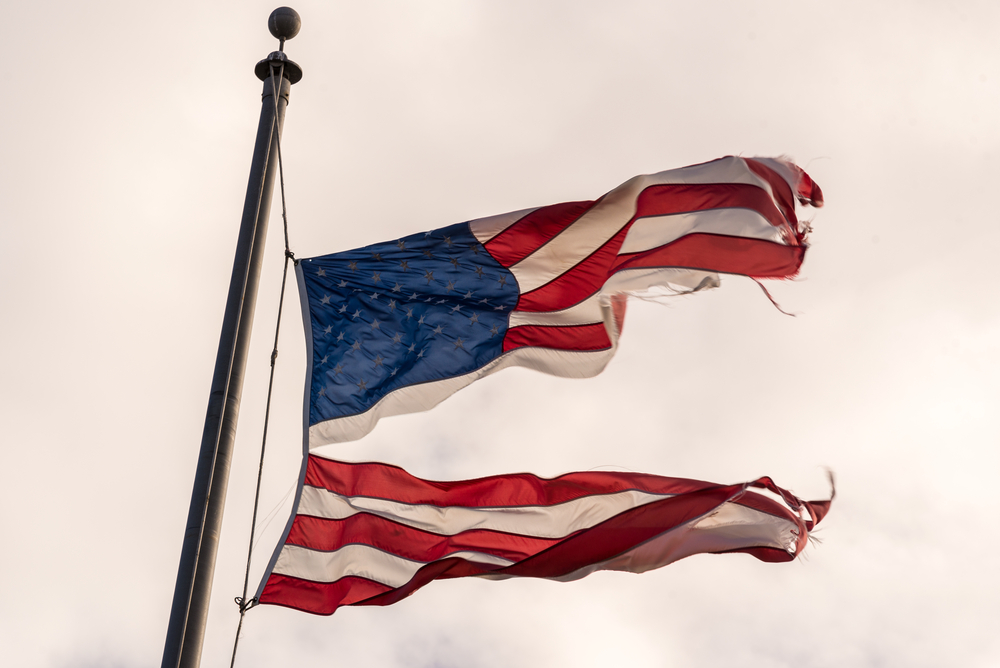 I’m not a liberal. I’m not a big NFL fan either. What I am is the daughter of a veteran, an all-American girl and fascinated by what the fuss is over anthem kneeling and how it’s revealing the hypocritical tendencies of my country.

Point 1. American football player Colin Kaepernick’s protest was against police brutality and he changed from sitting to kneeling out of respect for those who fought for our freedom & democracy.  Last I knew, the act of kneeling is a gesture of humility. To escalate this to a matter of anti-patriotism is nonsensical and suspiciously hints of simply wishing it to be the basis for a fight.

Point 2. The American Flag, coupled with the relatively modern custom of singing the country’s anthem whilst standing & saluting, symbolises idealised, united values. If one feels those values are being compromised, why be in denial and pretend all is just hunky dory? That’s hypocritical.

Point 3. We’ve allowed an ego maniac with the vocabulary of a three-year-old to slither into America’s top job and make mountains out of molehills when he should be moving mountains on real issues if he actually gave a damn about the country.  Instead, he resides in a perpetual mode of campaigning in lieu of doing the actual job. (Trump is more ‘career politician’ than the so called… and those who have worked in big corporate world know exactly what I mean.)

This protest which started a year ago has suddenly become the top news event because of Trump’s offensive, language-slinging ploy to incite his white supremacist base using the flag to fan the flames of division.  Even ‘Trump friend’ and NFL Quarterback Tom Brady called his comments “divisive” then proceeded to lock arms with his teammates in solidarity against the actual issue.

To buy in to Trump’s tagline ‘Make America Great Again’, one must have a period of ‘greatness’ in mind that they’re harkening back to. Pre-civil war? Pre-civil rights? Pre-Obama when the economy was in the worst state since the Great Depression? Tell me, what period of greatness are they longing for?  My guess is it’s just the empty marketing slogan of someone who sees America as a killer real estate deal and a handy stage for self-promotion. God help us if, as a result of these twisted values, the American Flag becomes the rope in a tug-of-war battle between Trump’s Clan and the rest of us — reducing it to a symbol of hatred and leaving us all torn to shreds.