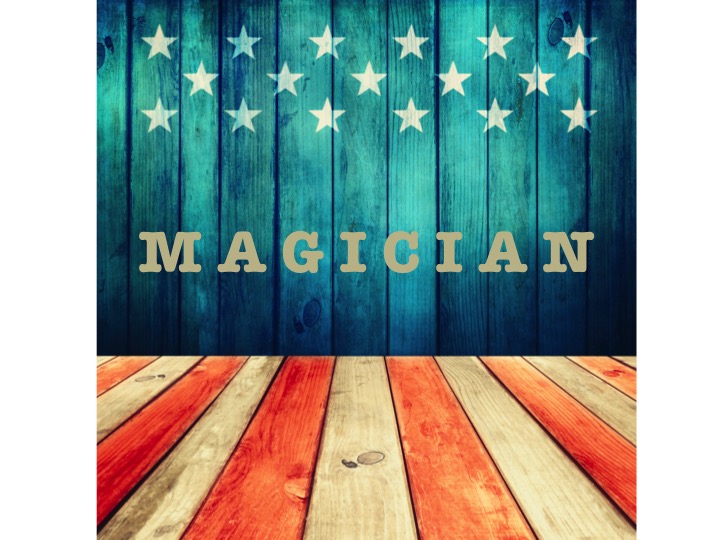 The Magician archetype is about transforming situations, making dreams come true and being a catalyst for change.  They are the most charismatic of leaders, the visionaries and the healers.

The epitome of this archetype in defining Brand America is President Barack Obama and I’m convinced this will become even more pronounced as time passes and people look back on who was quite possibly the greatest world leader of the modern era.

As he concludes his 8 years in office having fulfilled his campaign promise of ‘Change We Can Believe In’, he leaves America in a much better place.  Remember, America was handed to him during the worst financial crisis since the Great Depression.

His list of accomplishments is endless, so here are some of the ‘changes for the better’ that I’m most amazed by:

He Not Only Rescued the Economy… He Strengthened It.   I’m not sure how many people really grasp the financial disaster of 2007 and how close we were to having no economy at all.  Obama signed the Recovery Act which saved millions of jobs and cut taxes; he stimulated the auto industry which created over 250,000 jobs and in 2015, this industry set an all-time record in sales; he presided over the greatest sustained increase in manufacturing jobs since the 1990’s creating over 800,000 jobs; the Stock Market is up exponentially (S&P 500 is up over 200%, NASDAQ is up over 300%, and the DOW is up over 150% percent from the 2009 low); he passed the Dodd-Frank Act which holds Wall Street accountable in the event of another financial meltdown … and, all of this was done while reducing the deficit.  Not only has he fully recovered the investments required to stimulate the economic recovery, the current deficit is actually less than that which was left to him by his predecessor.

He Improved the Livelihood of the American People.  Thanks to Obama, people now have access to affordable health care; he’s made ‘equality’ a reality for millions of Americans by supporting Supreme Court decisions and repealing laws that caused various discriminatory barriers that were at odds with the fundamental principles of democracy; minimum wage is much higher; unemployment has been cut in half from a 20 year high of 10% during the peak of the recession to 4.9% which is now below the historical median since 1948 of 5.5%; he revolutionized the way higher education is financed to make it more accessible; and, despite all the contrary propaganda, he has actually deported more illegal immigrants than any President in U.S. history (a rate of about 400,000 per year which is double the rate during the Bush administration).

He Restored America’s Position on the World Stage.  Selfishly speaking, as an American living abroad, my life is a lot easier when we have a President who is admired and respected.  Most important, Obama has been able to get things done.  He fought for the Paris Agreement to reduce global climate change and, during his time in office, clean energy production has doubled.  He’s helped make the world a safer place by leading the intelligence operation and authorizing the raid that eliminated Osama Bin Laden.  (And, U.S. crime rates are the lowest they’ve been since 1966!).  He restored diplomatic ties with Cuba, reversing 60 years of tension.  He received the Nobel Peace Prize in 2009 for his ‘extraordinary efforts to strengthen international diplomacy and cooperation between peoples’.

Unlike what Barack inherited, the next U.S. President will be handed a positive trajectory and I trust we’ll choose the one who will continue that momentum.  Whoever authored the slogan ‘Make America Great Again’ simply didn’t do their homework because when you check the facts, America is actually better than ever.

I believe Barack Obama will join the ranks of Abraham Lincoln and John F. Kennedy for having the winning combination of impact and charisma.  On top of that, he’s probably the coolest leader we’ll ever have, unless of course Michelle decides to run!  I’m also stunned by Obama’s humility.  He doesn’t sell his achievements as it was only in doing research for this blog that I discovered the full magnitude of his success and I hope this fact-based review will prove useful to some undecided voters.

I am so proud to have been alive during President Obama’s reign.  I will miss this great Magician.