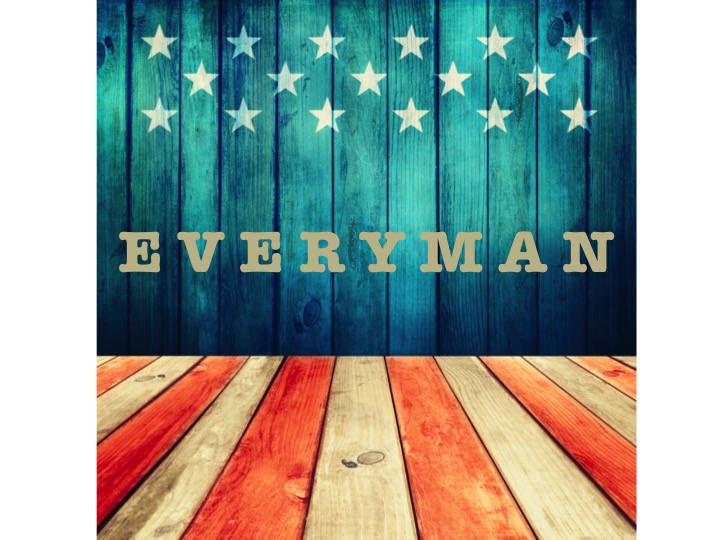 The Everyman archetype is the egalitarian who believes in the inherent worth and dignity of all and is defined by a sense of belonging and desire to fit in.  Everyone matters, just as they are.  It is the regular guy (or gal) next door, the realist, the common person and the good neighbor.  It’s blue jeans.  I believe America is at its best when this archetype is at the forefront.  Why?  Because it is fundamentally about democracy.

The Everyman thrives in a society that is characterized by equality of rights and it values the importance of finding a common ground that works for everyone.  It strives to make important stuff (like education, pay, healthcare, voting, etc.) equally accessible to all.

Lyrics from well-known and ‘very American’ songs capture the essence of this archetype.

This land is your land, this land is my land
From California to the New York island;
From the Redwood forest to the Gulf Stream waters
This land was made for you and me

And, there are some powerful words from great orators who believed America is made up of ‘Every Man’, not a select few.

We hold these truths to be self-evident, that all men are created equal, that they are endowed by their Creator with certain unalienable rights, that among these are Life, Liberty, and the Pursuit of Happiness.

Four score and seven years ago our fathers brought forth on this continent, a new nation, conceived in Liberty, and dedicated to the proposition that all men are created equal.

I have a dream that one day this nation will rise up and live out the true meaning of its creed:  ‘We hold these truths to be self-evident, that all men are created equal.’

In the ‘Everyman’, there is no room for divisiveness, racism or xenophobia.   Brand America thrives when led by those who genuinely espouse democratic principles.